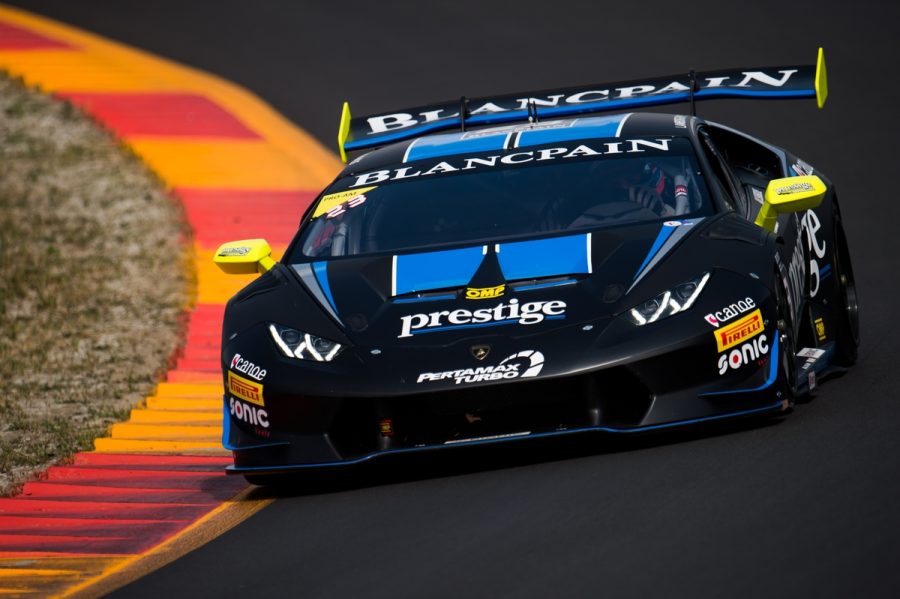 INDIANAPOLIS, Ind. (July 5, 2016) – Adding to his debut in the Indianapolis 500 this year, Stefan Wilson has been kept busy with the addition of a Lamborghini Super Trofeo program. Racing alongside co-driver David Seabrooke, the 26 year-old Brit has competed in two race weekends thus far, scoring the fastest lap of the event during the last race at Watkins Glen International last weekend.

“The Super Trofeo series has been a blast,” Commented Wilson. “The Lamborghini Huracan is a fun car to drive, and unlike the IndyCar that I’m used to, you can get really close when following other cars, which makes overtaking possible and the racing exciting. It’s my first experience of racing, and for that matter driving a GT car, the technique is a bit different to an open wheel car and we’ve had no testing whatsoever, so I’m pleased with how quickly I’ve gotten up to speed in the car and I’m keen to explore more opportunities to race in the GT ranks in the near future.”

Wilson made his first appearance in the Italian supercar at Mazda Raceway Laguna Seca in early May. Quickly getting up to speed in his first ever sportscar event, he progressively got closer to the front pack throughout the weekend. This past weekend saw a switch of teams for Wilson and his teammate Seabrooke, moving to powerhouse team Prestige Performance with Wayne Taylor Racing. The move provided immediate results as the Indianapolis resident scored the fastest lap of the race and event in the final race of the weekend, and already feels confident within the team.

“The team did such a fantastic job.” Enthused Wilson. “My teammates tested here in May, so we rolled off the trailer in a good setup window and we only had to make a few minor setup changes during the weekend. I was running P3 in race 1 before the driver change, and then in race 2 I finished the race and was able to un-lap myself and climb to a P8 finish. There really isn’t a result to show right now, but I was pleased with the speed and consistency I showed in my stint. The next event is Road America, I’m looking forward to working with my co-driver, David, between now and that event. We’re both hungry for a good result, and the key will be getting him more time in the car and I want to do everything I can to help him extract his full potential. “

Next up on the Lamborghini Super Trofeo calendar is a double-header weekend at the legendary Road America circuit, August 5-7.

In the meantime, Wilson will be partaking in the largest solar energy convention in North America, called InterSolar, in San Francisco on July 11-14 to further his campaign #ThinkSolar. The goal of the campaign is to implement sustainable means of energy within the racing community, and to provide awareness for the benefits of solar energy. #ThinkSolar is supported by The American Solar Energy Society, SolarAid, Inovateus Solar and The Alliance For Solar Choice.