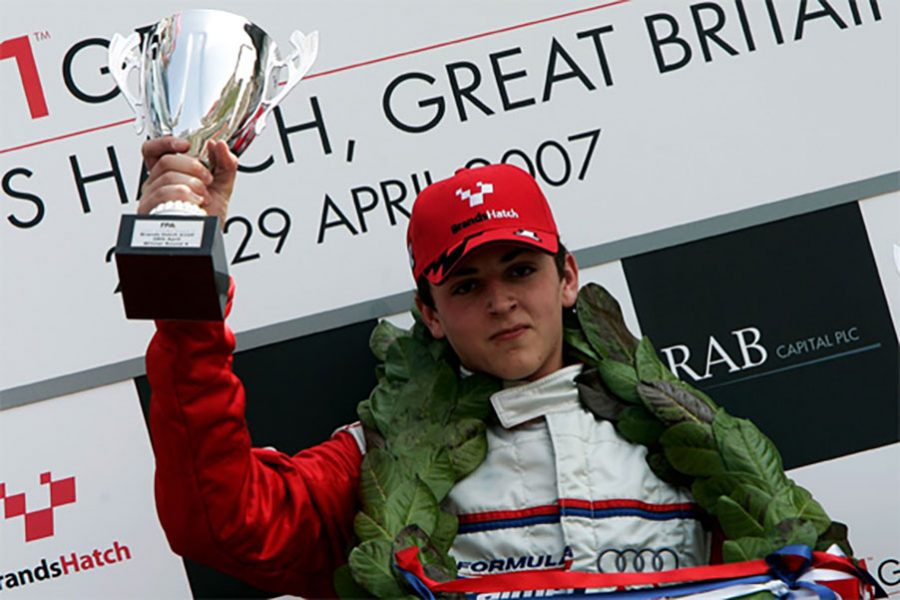 Stefan Wilson’s car racing debut was in 2007 in the Formula Palmer Audi (FPA) series. He was fresh off the karting scene and looking for the next step to develop his racecraft.

FPA attracts many young talented drivers from the UK  as a result of being both cost-effective and highly competitive. The FPA is similar to Skip Barber’s regional series in the United States, a spec open-wheel championship with all cars owned by the series.

“It was my first series out of karting, and it was exciting because the series was in a revival stage at that point,” Wilson said. “It was the series’ 10th anniversary so there was more interest in it. My brother Justin (Wilson) won the inaugural season.

“The series was more affordable, and it attracted a lot of great talent that year. Jolyon Palmer, Jonathan Palmer, Tim Bridgman and Alex Brundle all joined. There was a lot of young talent, a lot of good drivers going into the series. It made sense for me.”

As a rookie, Wilson didn’t know how he would measure up against his competition. He kept his focus on learning as much as possible and getting up to speed. The handling of the car and style of racing came to Wilson easily. He won his first race early in the season and finished with four wins.

“The biggest learning curve was getting the starts right,” Wilson said. “Standing starts, the first one you’re terrified, but it was actually really fun. I miss doing standing starts; there is that build up of tension. There’s a lot to get it right.

“It was a very competitive series with a lot of overtaking. We had push-to-pass buttons. At that time not a lot of lower levels had that. The wings weren’t as effective as they could be, so you could still get close to people. There was a lot of on-track passing. It was a good lesson.”

Wilson anticipated spending more than one season in FPA. But fate had different plans in store. Wilson finished second in the championship, giving him notoriety in the racing community and eventually earning him a nomination for the prestigious McLaren Autosport Young Driver Award, which he won.

“The championship was close for a while,” Wilson said.  “I just sort of needed more time. I won my first race four races in. It took awhile to get my second win, but at the end of the season I won a few in a row, and something clicked. But it was too late to pick up the championship.

“Tim Bridgman won the championship that year. He had just come back to the UK after doing Formula Atlantics in the States. All of us knew he was the guy to beat; he had a lot of experience. He was a great driver to race with, very clean. I had a lot of fun battles with him.”