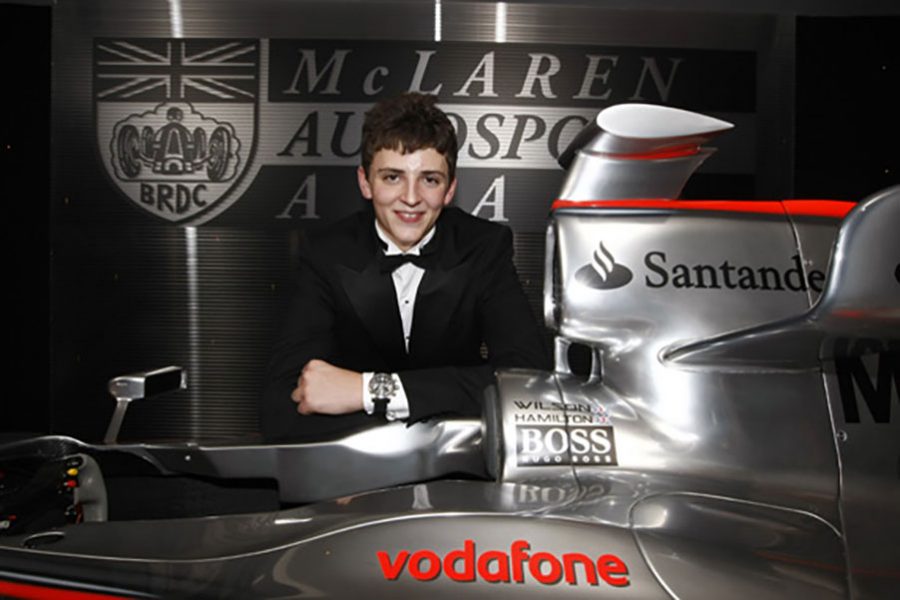 In 2007 Stefan Wilson won the McClaren Autosport Award for his outstanding driving skills shown in the Formula Palmer Audi series..

His nomination came after finishing second in the FPA series as a rookie, Wilson’s first year out of go-karts.

The Formula 1 McClaren team, British Racing Driver’s Club and Autosport, a prominent motorsport magazine introduced the award in 1989 and is given out to the best and brightest young stars in the Britain motorsport scene.

At that time the recipient of the award received £50,000.  It has since been raised to £100,000 and includes a test in a McClaren F1 race car and the Chris Bristow trophy.

Wilson was one of six finalists chosen from over 20 drivers nominated by public vote. As a finalist he and the five other drivers were evaluated over a three-day process.

The finalist evaluation included Wilson driving multiple different types of race cars at Snetterton Circuit in Norwich, Norfolk in England, as well as an interview with a select panel of judges from the sponsoring organizations.