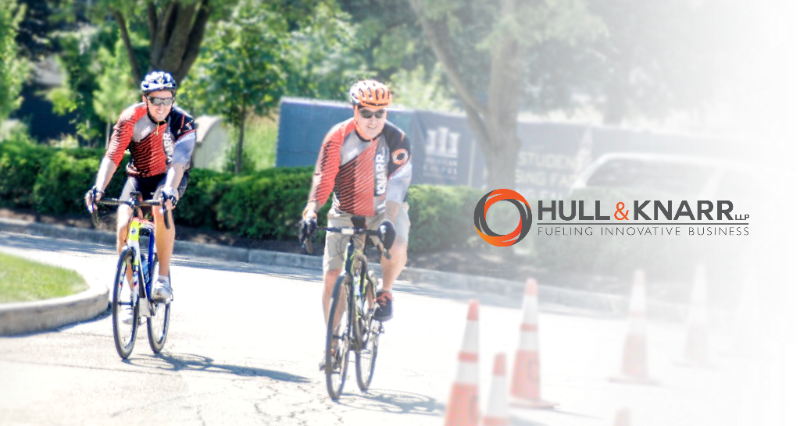 INDIANAPOLIS, IND. MARCH 22, 2018 – British Verizon IndyCar Series racer Stefan Wilson confirmed today an expansion in his partnership with Hull & Knarr LLP, an Indiana based research and development tax credit firm. The firm will sponsor the No. 25 #Driven2SaveLives Andretti Autosport Honda during the 102nd running of the Indianapolis 500.

With personal interest in sustainable energy and innovative technology, Wilson’s partnership with Hull & Knarr has been ongoing for the last two years. The move to a formal sponsorship of the Denver, Colo. resident is the culmination of working together on several engineering-based and business-development projects.

“It’s exciting to know that Hull & Knarr’s work helps companies increase their investment in research and development,” noted the 28-year old former McLaren Autosport BRDC award winner. ”Their work enables companies with large engineering and IT departments to put more money back into their research and development programs, which ultimately make the world we live in a better place to be. They’ve already worked with several corporations involved in the Verizon IndyCar Series and I hope this formal partnership will make their awareness even greater. To top it off, they have an amazing group of people that have been so great to work with over the last two years. I’m excited to see where it goes from here.”

Based in Greenwood, Ind., Hull & Knarr also expressed their excitement for the growing partnership, an opportunity that will add value to their business for years to come.

“We are very excited continue our partnership with Stefan,” enthused Brad Ferrell, EVP and Marketing Director for Hull & Knarr. “It’s an honor to call him a brand ambassador and support him in continuing the Wilson legacy in the Verizon IndyCar Series. Stefan’s enthusiasm towards our industry and passion for our brand makes him a perfect fit for Hull & Knarr and the companies we support.  We look forward to making this May an unforgettable one. Hull & Knarr exists to help companies innovate and grow. Our reason for working in motorsports goes beyond our passion for racing. We thrive on helping drivers, sponsors and suppliers recoup expenses related to their development efforts and then show them ways to put those funds back into their race programs.”

Wilson made his Indianapolis 500 debut with Indiana Donor Network and the #Driven2SaveLives campaign in 2016 with KV Racing. The Indy Lights, Formula 3 and Formula Palmer Audi race winner sat out the 2017 Indianapolis 500 to make way for two-time Formula One World Champion, Fernando Alonso, but has reunited with the Indiana Donor Network and the #Driven2SaveLives campaign with Andretti Autosport for the 2018 event. Together, they will promote organ and tissue donation, something that lies close to Wilson’s heart. Stefan’s older brother, Justin Wilson, passed away following an incident at Pocono Raceway in August 2015 and saved five lives as a result of being an organ and tissue donor. Wilson first takes to the Indianapolis Motor Speedway again on May 14.