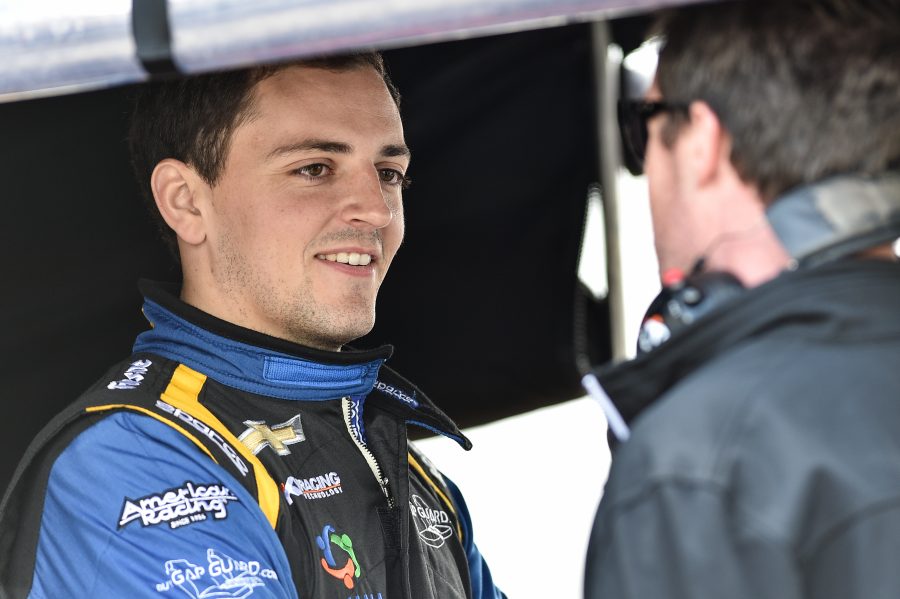 Stefan Wilson’s Indianapolis 500 return with Andretti Autosport has been confirmed for next year’s race. A release is below.

Stefan Wilson is set to return to the iconic field of 33 in May as the British-native will take the wheel of the No. 25 Driven2SaveLives Andretti Honda for the 102nd Running of the Indianapolis 500-Mile Race. As the fifth entry for Andretti Autosport, Wilson will join teammates Alexander Rossi, Marco Andretti, Ryan Hunter-Reay and Zach Veach.

“I’m very excited to be officially joining the Andretti Autosport team for the 102nd Indy 500,” said Wilson. “It has been a roller-coaster ride to get here, but when looking back, I’m really pleased and feel very fortunate to be in the spot I’m in now. I’ve just kept thinking about the future, knowing that I’d be joining one of the most successful teams in Indy.”

“We’re really happy to welcome Stefan back to Andretti Autosport and proud to see him running the No. 25,” said Michael Andretti. “While not on track, Stefan was a big part of our Indy 500 effort in 2017, and we’re looking forward to getting him back behind the wheel at the Indianapolis Motor Speedway.”

In his third Verizon IndyCar Series start, his second at Indy, Wilson will partner with Indiana Donor Network to advance their Driven2SaveLives campaign helping to promote awareness of the importance of organ, tissue and eye donation and transplantation.

“Ultimately, we are working to register more donors,” said Wilson. “Organ donation and transplantation is a cause I’m connected to through the loss of Justin, who saved five lives. We’ll be working with Driven2SaveLives to provide hope to patients on the national wait list, and honor donor heroes.”

Since inception, more than 1,000 individuals have made the decision to register as an organ, tissue and eye donor as a result of the Driven2SaveLives campaign. 118,000 people nationwide are waiting for a lifesaving organ donation.

“Stefan is uniting race fans and elevating the conversation around donation and transplantation, and with his help, we hope to get more people across the country to register their decision to donate,” said Kellie Hanner, president and chief executive officer at Indiana Donor Network. “We are grateful for his efforts.”

Wilson holds 32 starts in the Indy Lights series, including 14 starts, and two wins and five podiums, with the Andretti Autosport Indy Lights stable in 2011.

Added Wilson, “Andretti Autosport and I won a few [Indy Lights] races together but came up short in the 2011 championship hunt. Since then, my career has been a bit of a rocky road. It’s taken a tremendous amount of determination, and that determination only grew stronger when we lost Justin. In a way, I feel like I’m racing for him as much as I am for myself. I do want to succeed in my own career and prove that I belong, but also, I want to do something he never got the chance to, I want to win the Indy 500. That’s part of what drives me.

“I really want to thank Mark Miles, Doug Boles, Michael Andretti and the rest of the Andretti Autosport organization. A lot of the agreements were initially done in good faith, and I’m very thankful for all the effort that has brought us here.”