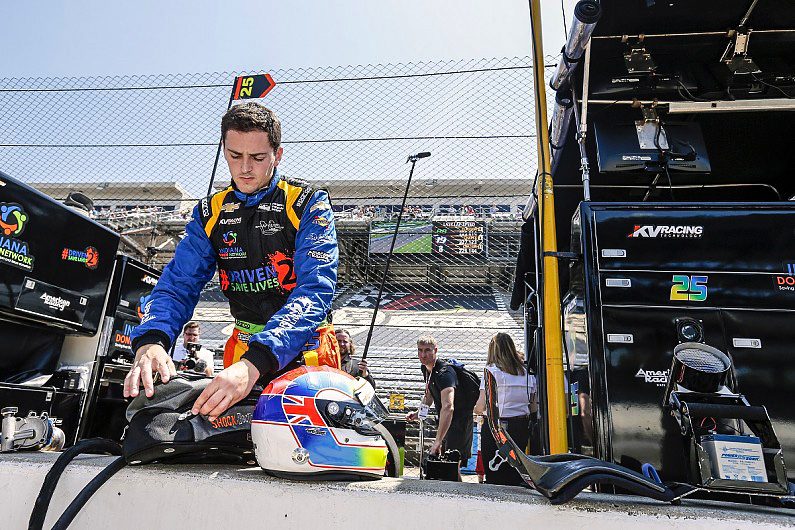 By Mitchell Adam (via Autosport.com)

Stefan Wilson shelved his own hopes of securing a 2017 Indianapolis 500 deal with Andretti Autosport so McLaren Formula 1 driver Fernando Alonso’s programme could be put together.

Wilson was working on a deal for Andretti’s sixth car for what would have been his second Indy 500 start, to go with its regular four cars and rookie Jack Harvey’s one-off entry.

However when the notion of Alonso contesting the race was flagged by McLaren’s Zak Brown and securing a Honda engine supply looked an insurmountable obstacle, Wilson was brought into the loop, electing to put his own bid to race on hold.

“We talked about the possibilities, and then we approached some of our Honda teams,” IndyCar CEO Mark Miles said.

“At one point in time, we were kind of long-faced because it looked like there was no ride available.

“The equipment was all spoken for or there were no other engines or cars out there that we thought we could make available.

“That was kind of a dark day. Not long after that, we started a conversation with Stefan Wilson, who had lined up a Honda ride with Andretti that was well sponsored.

“He is such a terrific guy. We had a long dialogue that was over the course of a couple days and agreed that if we could take care of his sponsors, in other words, get them the benefits that they had bargained for were he to stay in the car in 2017 and if he could have future IndyCar opportunities, then he would be happy to cooperate with us to achieve this possibility for McLaren and Alonso.

“All of that was taken care of, and he will run in the Indianapolis 500 in 2018, and he will be very visible and much a part of the IndyCar scene and here at IMS and not just this May and throughout the year and in the driver’s seat in 2018.

“So we are very grateful to Stefan. It’s basically how it came together.”

Team owner Michael Andretti paid tribute to Wilson’s selflessness in parking his own programme, with sportscar squad Michael Shank Racing now involved in Harvey’s entry, and said he hopes to work with the 27-year-old in 2018.

“It is pretty crazy the way it unfolded,” he said.

“We were working with Michael Shank and Stefan Wilson on putting a deal together for a sixth car, and then when [Miles] approached me.

“We started dialogue with Stefan to see if he would be willing to step aside for this one and hopefully get something together for next year.

“He was great, and he worked well on getting through all of this with his sponsors, and it truly is a team effort.”