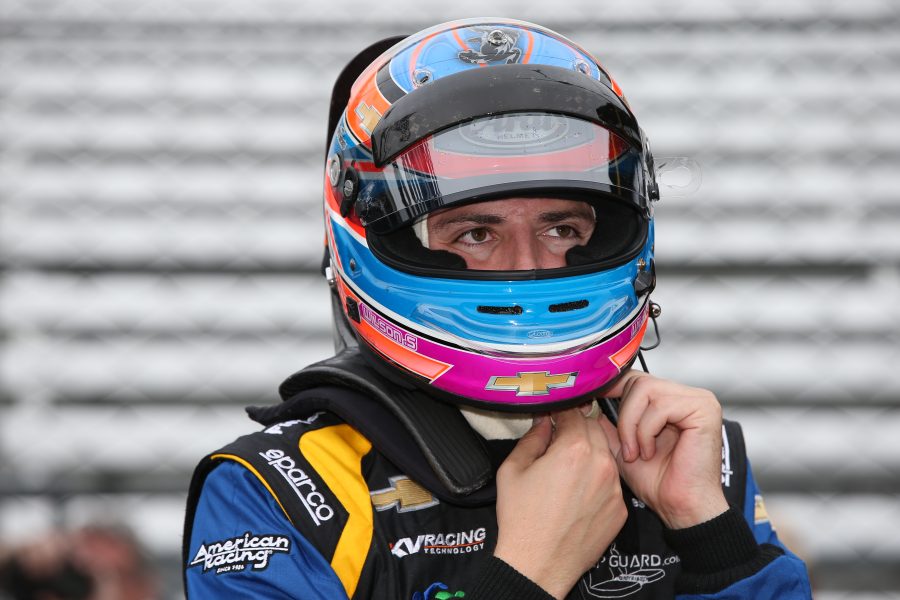 SOUTH BEND, Ind. (May 9th, 2016)—IndyCar driver Stefan Wilson today announced a solar advocacy partnership withInovateus Solar, a leading Midwest solar developer, contractor, and supplier, in support of Wilson’s entry into the 100th Running of the Indianapolis 500 presented by PennGrade Motor Oil. The 26-year-old will be competing for the first time in the event when he takes the wheel of the No. 25 Driven2SaveLives-KVRT Chevrolet.

For the past several months, Inovateus has advised Wilson on his #ThinkSolar initiative to spread awareness about the proliferation of solar power throughout the world. Expanding their work together in conjunction with the Indy 500 will bring more attention to the fastest-growing clean energy solution.

“We’ve really found a kindred spirit in Stefan in racing and renewables,” said TJ Kanczuzewski, president of Inovateus Solar. “We couldn’t pass on an opportunity to support him. Stefan’s passion for solar inspires his Indy race fans as well as the Inovateus team, and we wish him the best of luck in this year’s race.”

Stefan echoed TJ’s excitement about joining forces with Inovateus for his debut appearance in the world’s greatest automobile race.

“Having Inovateus Solar onboard represents the culmination of a lot of hard work,” said Wilson. “They’ve been very supportive of my solar campaign, and to have them join us with Driven2SaveLives means a lot. Both causes represent building a brighter tomorrow, innovating new energy solutions, and saving lives. I feel very fortunate to partner with them.”

As part of its solar advocacy support for Stefan, Inovateus will offset the carbon footprint of his Indy 500 campaign through donations of solar lights to African families via LetsThinkSolar.com and SolarAid.

As for Stefan Wilson, his dream of partaking in the biggest car race of them all is about to come true. He will step into his No. 25 Driven2SaveLives-KVRT Chevrolet for his first practice runs at the Indianapolis Motor Speedway on May 16. Qualifying begins May 21, with the legendary Indy 500 cry of “gentlemen, start your engines” echoing through the Brickyard on May 29.

About Inovateus Solar
Inovateus Solar is one of the leading solar development; engineering, procurement and construction (EPC); and supply companies in the Midwest United States. Headquartered in South Bend, Indiana, the company has developed and built more than 250 megawatts of utility, commercial and industrial, and microgrid solar systems in the U.S., the Caribbean and Latin America. With strong roots in the communities it serves, Inovateus is passionately committed to Building A Brilliant TomorrowTM through the wide-scale deployment of advanced solar and clean energy technologies. Find out more at www.inovateus.com, or visit us on Twitter, Facebook, or LinkedIn.