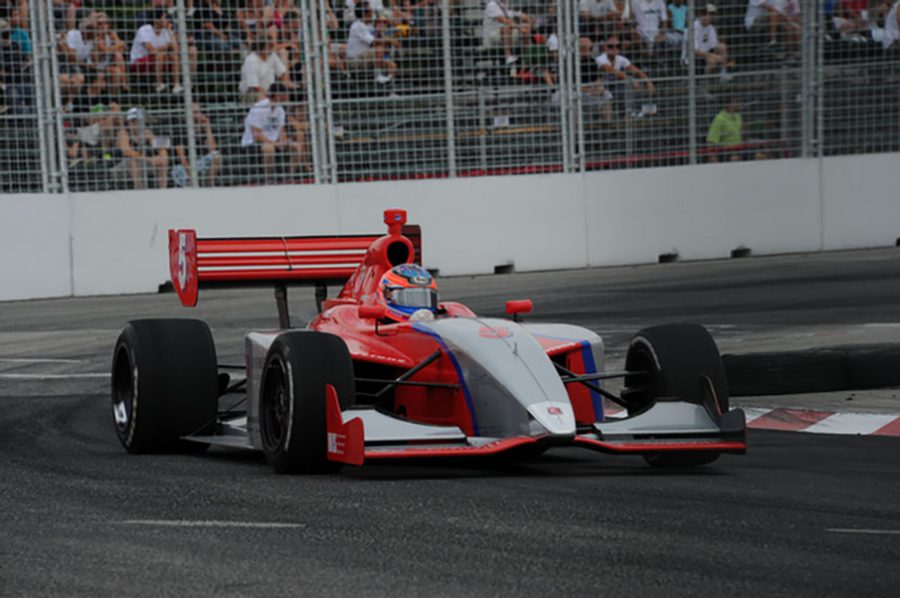 Street courses are known for being unforgiving, with the limited runoff area lined by concrete walls. Toronto’s street course is no different. But Stefan Wilson’s racecraft is illuminated by the difficult tracks. He shines most on circuits where the driver needs extreme focus.

“We hit the ground running there,” Wilson said. “We rolled the car on the track, and it was in the ballpark straight away. We knew straight away we were in good position.

“This weekend wasn’t just a race on track. It was a race to see who could evolve their car faster. Each session was dry, and so there’s more and more rubber laid down on track. We kept fine-tuning it and adapting it to suit the track conditions, and the team did a great job engineering. Blair Perschbacher did a phenomenal job with the setup and changes.”

Wilson almost grabbed his first pole of the season, but a last-minute yellow flag revoked his fastest lap and settled him with a second-place starting position. The exhilaration of knowing he could beat his competition was not lost in the downturn moment.

“In qualifying, it was a 45-minute session,” Wilson said. “I went through three sets of new tires. My last lap ended up being my fastest. I kept hearing over the radio that I was P1 and P2. Going into my last lap, I knew it was going to be it or not. I put the whole lap together, crossed the finish line, and when they told me I got the pole it became one of my best moments of my life, one of the highlights of the season. Grabbing my first pole, in that fashion, it was just a great memory. It was such a relief. That pole stands as the lap record there to this day.

“However, that was a short-lived high because a few minutes later we were told they had to take the lap away because of a yellow flag. It was nice to know, though, that we had them beat. But we started second. In my head, though, knowing how strong we were and not having the pole, it made me very determined to get the win on Sunday.”

Wilson knew he was set for the victory entering the race. All he had to do was pass one car and maintain his lead, often easier said than done.

“In the race, just like qualifying, Esteban Guerrieri and I were pushing each other, racing nose to tail,” Wilson said. “I was able to get in front of him around the halfway mark. I led the last 25 laps and accumulated over a 14-second lead. The race ended under yellow. A caution came out with a few laps to go.

“I was a little nervous about having to restart, but not too concerned. I felt confident I was going to be fine. It was nice to have a yellow flag help me out for once. That was massive for this year and for my career, really. It really helped me for the championship. It put me back in the contention.”