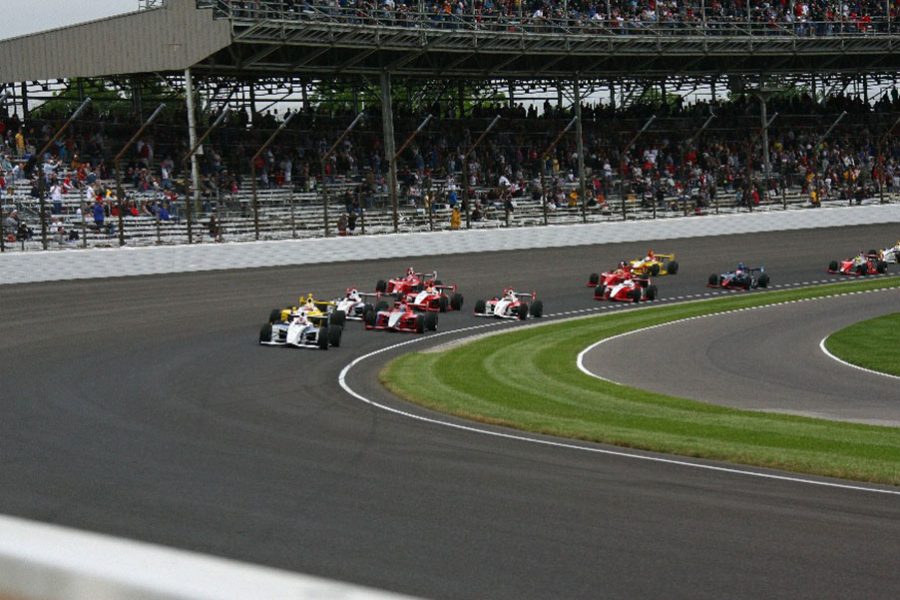 Stefan Wilson walked away from the first practice on edge. His Andretti Autosport car was the fastest, by far. And while he could rejoice in his quickness, it left him on edge, wanting the chance to prove it but having to wait two weeks to do so.

“The practice and qualifying day got rained out, so we started on points. I started third, which was frustrating because after the first practice I felt we had a chance at potentially grabbing pole. But anything can happen in a race at Indy, so I knew that qualifying was essentially irrelevant.”

Wilson was a seasoned driver at this point in his career. He knew that all the rain had washed away his chance at pole and had washed off the collected rubber from the month of constant wear of multiple series on the track.

“I knew the rain had washed away the rubber from the track making it more abrasive. It was something I kept in mind for the race. It was a 40-lap race, and I wanted to make sure my tires were still under me so I could put myself in a good position at the end of the race.

“We were hanging around the top five for the whole race, trying to preserve my tires best I could. I moved up to fourth, and right as I was about to pass for P3 in Turn 4 with 9 laps to go, a yellow came out. The race didn’t restart and so that was sort of painful. I was trying to position myself for the finish, and I was trying to be smart. Driving around under yellow until the finish was not what I had in mind.”

The heartbreaking finish gave Wilson confidence that the rest of the ovals for the season could be easily conquered, thanks to the hard work of the Andretti Autosport team.