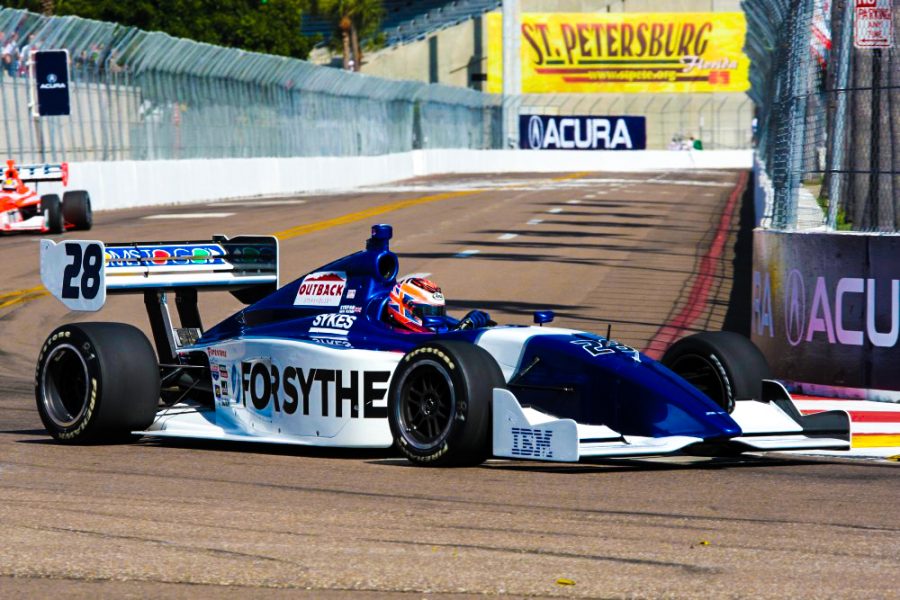 2010 was full of hope and mystery for Stefan Wilson.

After a short season in 2009, Wilson attempted to put a few more races on his schedule for 2010. In the offseason, it was unclear what would happen with Walker Racing so he began testing with other teams.

The first to call was to Sam Schmidt of Schmidt Peterson Motorsports. But racing as a business often moves faster than the cars on track, and Wilson was quickly in talks with and signed to a season with Bryan Herta Autosport.

“They had a bit of momentum from the year before,” Wilson said.  “We were only committed to half a season, about seven races. Anything after was dependent on the team finding extra budget.

“We opened the season on a high note at St. Pete. It’s a tricky course. It’s really smooth compared to most street courses. It makes the speeds higher, and there’s more grip there. But it suited me well. I enjoy that about St. Pete. The conditions played well for me. We came from the back due to an issue during qualifying and finished third overall.”

Wilson’s strong start was met with a finish that left him wanting more. But a team more than capable of winning had a hard time reaching the podium.

“We were a strong team,” Wilson said. “I ran with Sebastian Saavedra, who finished third overall in the championship the year before. We just weren’t the fastest cars on track. That’s not to knock the team; there were just faster cars out there. I missed the last few races and didn’t end up finishing the season due to lack of sponsorship.”

A huge first for Wilson came this year with the Bryan Herta Autosport team. Wilson took on his first oval, the Indianapolis Motor Speedway. It was his first time racing at the storied track, in the Firestone Freedom 100.

“It was a huge learning experience, and I was, for sure, intimidated,” Wilson said. “It took some getting used to doing that type of speed. I learned a lot about ovals and getting up to that speed. I learned to build and never rush. I took that approach to it. I gained a lot of experience just racing in that one event.”

Wilson’s debut at the famous oval was met with challenges. He started from the back of the field after a rough qualifying session, finishing seventh overall.

Wilson’s fight to the front taught him how to better overtake his competitors on ovals. This was an important lesson as Indianapolis was followed by the bullring oval at Iowa Speedway that year.

“We went from there to Iowa,” Wilson said. “So from the largest to the shortest oval. I think we were second quickest in practice and fourth in qualifying, which is where we stayed a majority of the race. But we ran out of fuel on the last lap and dropped to seventh.”

In 2010, IndyCar started its official pace car program. It was a selection of top drivers from the Indy Lights field who presented the sport to fans through a fun, high-speed, on-track experience in the official pace car of the IndyCar Series in each race market.

“Indy Lights offered me up to the pace car program because they were looking for responsible, approachable drivers,” Wilson said. “It was a really cool program because we got to meet a lot of the fans.

“One I remember was a young fan at Texas Motor Speedway. He was bound to a wheelchair due to a disease that affected his muscles. They weren’t sure if he was even going to be able to do it at first. We got him in the car, and by the time we got into the pits, his dad was in tears, and the kid was just so excited.”