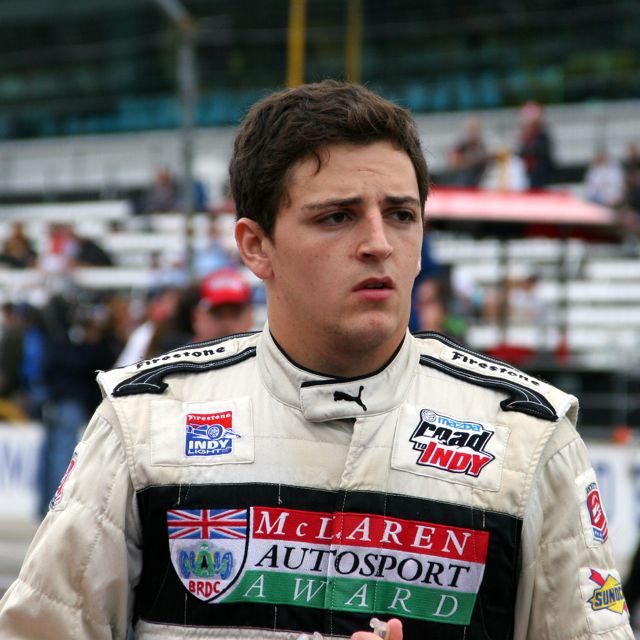 British F3 is a series famed for molding some of the racing world’s best and brightest talents. Champions include Formula One legend Ayrton Senna of Brazil, sports car star Jan Magnussen of Denmark and current F1 star Daniel Ricciardo of Australia.

2008 was a tough season but a big step for Wilson. He was back to racing in a series with cars owned and engineered by each team. This gave each team the possibility for an edge over the competition. The formula cars featured more downforce and speed than he previously experienced.

“These cars had higher downforce and a ton of grip in the high-speed corners,” Wilson said. “It was knowing and really learning how to use that. I was not used to carrying that much more speed compared to the FPA the year before.

“Learning to drive those cars was valuable experience when I came over to Indy Lights. Some of my stronger points were built in that series: My comfort levels dealing with high speeds and road courses, training for that particular discipline.”

Each lesson Wilson faced was an education for driver and team. Wilson’s biggest takeaway from British F3 was learning to overtake with downforce.

“Cars are so dependent on the downforce in this series, like many others,” Wilson said. “It was so much harder to get close to the cars upfront. I was learning a new form of racing and a new way of overtaking people. Suddenly because you’re so dependent on the downforce, you have to get the timing right to capitalize and make a pass happen. You can’t just get close and make a move in the next corner. You have to think way ahead of when the pass happens. Right place, right time.”

Wilson had another big first while in British F3 – his first crash.

“I just thought, ‘Let’s not do that again,’” Wilson said. “It was at Oulton Park during qualifying. I was pushing too hard in the first round of the championship, and the year before Oulton Park had been the strongest track for me. I had pole twice, had a lap record and won one of the races. I wanted to take advantage of a track I favored and just pushed too hard.”

His season showed progress, but the championship was held at bay due to mechanical issues and occasional driver error.

“It started to come together later in the year,” Wilson said. “Overall it was a valuable experience. The highlight was winning at some epic tracks—at Spa, on the streets of Bucharest, Romania, Snetterton and Silverstone. I also won pole at both Silverstone races and won my first race there.”

Wilson finished fourth in the series championship, with four wins in his only season of British F3.